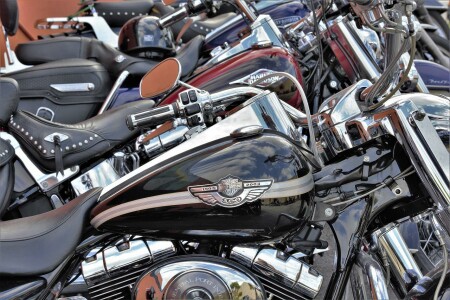 In terms of motorcycle rallies, Sturgis is known worldwide as the “Grandaddy of ‘em all.” It’s the annual pilgrimage every rider wishes they could make, and many of them do. If you’re curious about Sturgis 2022, this article has info on the history, rides, events and concerts. We’ll also talk about the most important steps you need to take to get ready.

Motorcycle Rally Destination Since 1938 – Why Sturgis?

Back in 1938, Clarence “Pappy” Hoel and his wife Pearl bought a motorcycle franchise right in the middle of the Great Depression, and in the middle of a beautiful but sparsely populated part of the U.S. The couple decided to host a race for their (also newly created) motorcycle club. Nine riders kept a few hundred spectators on the edges of their seats, and the event became an annual thing that grew by leaps and bounds.

Now the annual Sturgis motorcycle rally is attended by hundreds of thousands of riders from all over the world, and every year riders from Dallas Harley-Davidson® are among the many. The 82nd rally runs from August 5-14. Here’s what you’ll find if you’re lucky enough to attend.

Every second of the rally is jam packed with spectacles. Catch up on sleep before you head out, because you’re not going to want to miss a second when you get there. Here are some of the events planned for this year.

This is what it’s all about – time in the saddle celebrating the freedom of the open road with people from all over the world. The scenery is pretty good, but it’s the camaraderie that makes it unparalleled. Here are some of the rides taking place this year.

The music is unbelievable every year, and this year is no exception. Here are just a few of the performing artists scheduled to attend.

As far as the heat goes, plan on it being brutal. Anything you can do to cope, you’ll be glad you did. Get mesh riding gear so you have airflow. Hydration vests help, because you’re going to sweat like crazy and you don’t want to dehydrate. Some riders from previous years say if all else fails, ride with a bag of ice in your lap and just let it melt as you go.

Music makes any road trip better. This June, take advantage of our Rockford Fosgate Audio promotion where if you purchase any Rockford Fosgate upgrade, you can receive 20 percent off your installation.

To avoid mechanical issues, make sure your bike is in top shape before you go. We're happy to help when you book your service today.