Meet our Team at Dallas Harley-Davidson® in Garland at 635 & Centerville! Our goal is to ensure our customers become a part of the Harley-Davidson® family when they walk through our doors. We want to make sure we have met your needs in all departments including sales, parts & accessories, MotorClothes® and service. 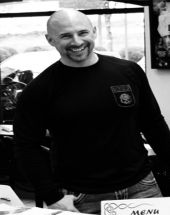 Paul has been working in the Motorcycle Industry for decades with a history and passion for racing. In 2010 he found himself in a position to join the Harley-Davidson® Family with his own dealership and jumped at the opportunity without a moment’s hesitation. Driven by the brand’s extensive legacy and his personal attachment to the lifestyle, he knew he would be happy with a career focused on "Making Dreams Come True." He rides a diverse line of motorcycles but one of his favorites is his 2013 Road King®. It’s a New School ride in Old School style with 16 Gangster Apes, Fishtail Exhaust, and Slammed/Spoked Wheels. 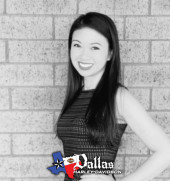 Ashley joined the Dallas Harley-Davidson® family a few years ago. She has been one of the center pieces of the company. She comes from a Public Accounting background. She has the tools and knowledge to be the best at what she does. She is our go-to woman for everything from HR to office management.

Don't let her size fool you she keeps us in line ! 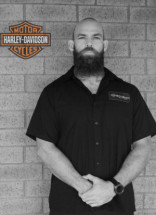 Lance has been in the power sports industry for 16 years. 7 of those years have been here at Dallas Harley-Davidson®. At just 5 years old, Lance embarked on his journey into the two-wheel world when he began racing motocross. Lance went on to race motocross for nearly 20 years before the plethora of injuries stacked against him and forced him to step away from the sport. Fortunately, the passion for riding never left. Lance has owned four Harley’s®, and is currently riding a 2014 Dyna® Lowrider®. When he's not at the shop hes usually spending time with his family or still chasing his need for speed Racing Different Harley-Davidson® Hooligan races around the country.

Everyone Meet our newest Co-Sales Manager Jeff Childre!
Come in and say hi! Let’s give him a true Dallas H-D family welcome!
Jeff and his wife recently relocated to Texas from his home state of Kentucky. Although hunting, fishing and competition shooting are his hobbies, motorcycles has become a way of life for him. Growing up as a son of a motorcycle cop, Jeff was introduced to riding early in life. After owning several other bikes, he now rolls a 2015 Harley-Davidson Dyna FXDB in which he says he will “never give up”.

Josh is a valued Member of the Dallas H-D family! He is always ready to have a good time! From prank calling the store to selling bikes, he's darn good at all of it. Josh is a jack-of-all-trades; he's worked in Law Enforcement, been a collegiate cheerleader (yes, you read that right. He was a National Champ and a Collegiate All-American) and he's even been an amateur speed skater (Junior Olympic silver medalist.) Evidently, he enjoys wearing spandex.... I don't think there are too many things this man can't do! Josh has owned several Harley-Davidson® motorcycles. He loves to get out and ride when he isn't hanging with his family or making dreams come true here at the dealership!

Jack bought his first ever Harley® from our General Sales Manager, Lance, a few years back. Shortly after buying his bike, he realized he loved the people and lifestyle that Dallas Harley-Davidson® offers and wanted to join our team! Jack has been with the family for a couple of years now and is a great asset. His first motorcycle was a 2015 Breakout®, then upgraded to a 2018 Roadking® Special, and now hes currently riding a 2020 Streetglide® Special.

Eddie ( The King of Clean)

Eddie's father taught him how to ride when he was 6 years old. He now rides and loves his 2015 Ultra Classic which he purchased right here at Dallas Harley Davidson. Follow Eddie on Instagram @fast_eddie_detailing_

Cam is a painter by trade, loves doing professional portraits, and calligraphic quotes in her spare time. She's been immersed in HD culture for her entire life and then some. If you need a bike she's your girl.

Chris has been racing motorcycles since around the time he could walk. He has racked up multiple National Championships around the country and at one time was of the most decorated professional motocross racers in the early to mid 2000's. We are very happy to have him here as part of our team at Dallas Harley-Davidson®

Angel joined the Dallas HD family in July 2019, but his sales experience and love of motorcycles goes back nearly a decade.

In 2011 he fulfilled his lifelong dream to ride a motorcycle when he upgraded from
four wheels to two. He briefly sold Harleys in 2012 but the call of the road was too strong. That summer he traveled the country slinging leather goods at rallies from coast to coast.

Since his first ride he’s logged over 100,000 miles on two wheels. He has crossed the country four times (twice in May 2019) with Run For the Wall, an annual ride from LA to DC in support of veterans. He’s had a 1992 Dyna Low Rider and a 2007 Fat Boy, and is on the hunt for his next Harley.

Tim started riding motorcycles 30 years ago. Within that time, he’s owned 9 Harley’s®. His current Harley® is his absolute favorite, a 2009 XR1200, but if he could get one of his old bikes back, it would be his FXR. Tim is a Harley-Davidson® Certified Technician as of 1990. He started here as a technician and later shifted to the service advisor position. He has been with Dallas Harley-Davidson® since 2014, and is a valued member of our staff. Tim also enjoys playing the drums. He has had the same drum kit since 1996, and still sometimes uses it to play shows with his band.

I'm a Certified Technician and I've been with this company for about 9 months. When I'm not here I am either out for a ride on my 2014 FXDWG, with friends, or Watching the Cowboys game. GO COWBOYS!

Dustin "DA"
Military Family since The Civil War. Former Navy Seabee. He has been working in Harley Davidson Dealerships for 15 years. The ladies love him and Men are scared of him.
He was a Service Manager for 5 years @San Diego Harley-Davidson. He rides a 06 H-D Electra glide classic and is Father of two boys, DA grew up on a horse ranch.

My passion for working on motorcycles started in my neighbor's garage working on dirt bikes and going to the motocross track every weekend. Moved to Phoenix AZ in 2017 to attend school at MMI where I took courses for Yamaha and Harley Davidson. Graduated MMI in 2018 moved back to Dallas to join the Dallas Harley Davidson team. 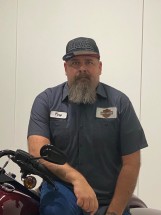 Jeff AKA "Tiny" has been a Harley-Davidson® Certified Technician for two years now. He went to Arizona to get his training at MMI before applying here. Tiny first started riding dirt bikes at a very young age, and bought his first motorcycle at 13 years old. In Tiny’s 20 years of riding motorcycles, he has owned 2 Harley’s®. He first had a Dyna®, an ’04 Road Glide®, and now rides a 2014 Ultra Limited®.

John is a Certified Harley-Davidson® Master Technician. He has been a Harley-Davidson® Technician since 2005. He started his career with Dallas HD in 2010. John is married with 2 daughters, and when he is not working or spending time with them, he enjoys working with his hands, doing wood work or even building small robot-like statues out of recycled motorcycle parts. His favorite motor is the Milwaukee Eight®, because he is constantly impressed by the power output that they produce.

Originally from Nebraska, John Graduated from MMI and studied early and Late Model HD's
He has a PHD as an Advanced Certified Technician. John is a proud father and a loving husband.

Mike has been wrenching for 16 years. He started with us here in 2002. Mike has owned 5 Harley’s® but his favorite was his ’05 Electra Glide® Standard. He currently rides a 1997 Electra Glide® Ultra Classic, equipped with his favorite motor, The Evo® motor. Mike and his wife have 3 children, but are foster parents to many. They are a very charitable family, and enjoy helping out the community.

From Mesquite Texas, Proud father of 3. Enjoys waking up each morning to come down here and ride and get paid to do what he loves! New to Harley but Happy to be here and will go out of his way to get the job done right! 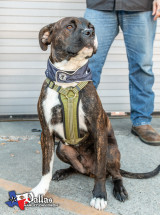 "Every Rose has Its Thorn", and that's no different with our very own Mighty Mouse. Rosa moved to the states from Honduras and is living the American Dream. She is super knowledgeable abut everything American Muscle as she is an ASE certified mechanic. Rosa even managed a performance car garage before making her way to us. Rosa may not be tall enough to ride most of our bikes but she's not going to let that keep her from getting her freedom machine on. 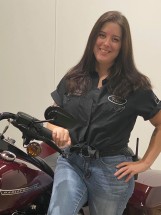 With a daily commute from Wylie, the distance is just a daily excuse to stretch the time on his Softail. Wayne’s been riding over 30 years and looks forward to helping people customize and care for their bikes through the Parts department

Steve has been part of the Harley team since 2016. You will always catch him smiling and his co-workers would all agree that he is fun, professional and a joy to be around.

AJ is a really unique individual with an awesome 2001 Electra glide standard that his father and he has converted to a Roadglide, that he now rides every day. He has a true passion for Harleys. AJ has been all over the United States on his bike and is always down for some miles.
And If I might add, He is a God- Awesome Person. Plus is mom tells him he is cute!

Joe, AKA "Pirate Joe", has been with Dallas Harley-Davidson® for 6 years. He began his journey in the parts department, and made his way into our shipping and receiving department. Joe helps us keep track of the multitude of parts, gear, and accessories coming in and going out of the dealership on a daily basis. Joe has been riding for 8 years now, and loves what he does.

He was raised to love and have a passion for Harley's, Kaden is a hardworking student studying construction engineering. He is always smiling and the ladies love him! 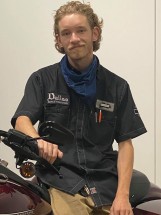