Everybody knows when Santa rides a motorcycle, it's always a Harley®. He has lots to do and no time to mess around. He has lots of rough terrain to cover and a limited amount of time to do it. He doesn't have time for mechanical issues and he rides through every type of weather. Plus, he has certain expectations when it comes to style and comfort, and he can afford the best.

Jolly Old Saint Nick also knows a thing or two about making the most of available resources. He keeps tabs on the good and bad deeds of all the children, so it makes sense he would also keep a careful accounting of the best ways to spend money. That's why Harley's® Certified Pre-Owned program caught his eye. Because it takes the headache out of buying a used motorcycle and ensures you get a premium bike with exclusive perks.

Pretty much the only reason Santa hasn't switched from a Sleigh to a Harley® for Christmas Eve is that the children expect a certain delivery method, and he's never been one to disappoint.

For now, Comet, Cupid, Blitzen and all the rest have job security. However, Santa has HR and PR looking into whether he could perhaps just name a Harley®  after each of the reindeer and rotate out.

Experts at the North Pole are currently testing the optics. Some have suggested the switch could be presented as going green, since Harley®s are fuel-efficient and reindeer produce methane, a gas that contributes to global warming.

Santa's marketing department has also pointed out that social media algorithms increasingly favor video shot with a cellphone in vertical format. It's much easier to capture Santa doing his job on a Harley®  than to get a whole team of reindeer in a single frame. In other words, switching to a Harley delivery method would most likely perform better on TikTok.

Santa finds the idea so attractive primarily because he loves to ride. He points out the sleigh doesn't have a heated seat or heated grips, and you can't Bluetooth your headphones to a reindeer.

Also, the reindeer are getting up there in years. Certified Pre-Owned bikes are all five years old or less and have fewer than 25,000 miles on the odometer (usually much, much fewer). And they come with these perks:

Since the Certified Pre-Owned program has made its debut, Santa has added several to his stable (Prancer and Vixen now have to double bunk). Word has it he currently has his eye out for an H-D Certified Trike in the right shade of red.

Santa stopped by Dallas Harley-Davidson this week and gave his personal seal of approval to several of the bikes currently in inventory. Here are a few of his favorites. 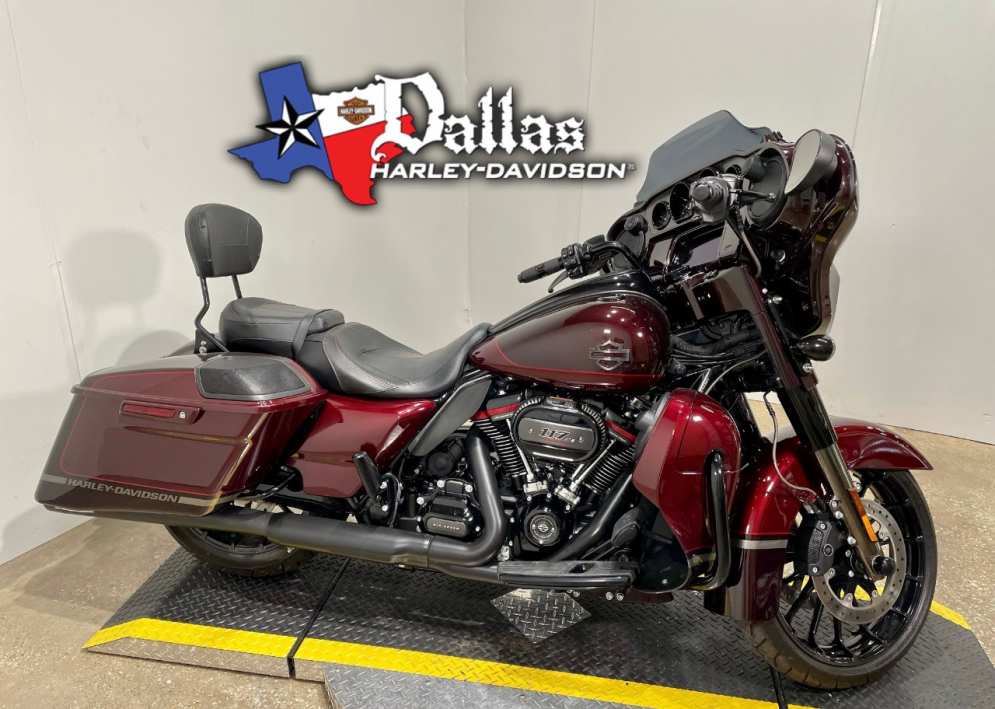 Black Forest and Wineberry paint? Smooth blackout treatment with contrast chrome? BOOM! Box infotainment? If your knee jerk is a resounding "Yes, please," you'll want to check out this 2019 Street Glide loaded with more goodies than Santa's bag. Six Stage 2 speakers blast the holiday tunes and roomy saddlebags have a place to stow gear whether you're going around the globe or around the block. The six-gallon fuel tank will carry you more miles than any reindeer on a single pit stop. 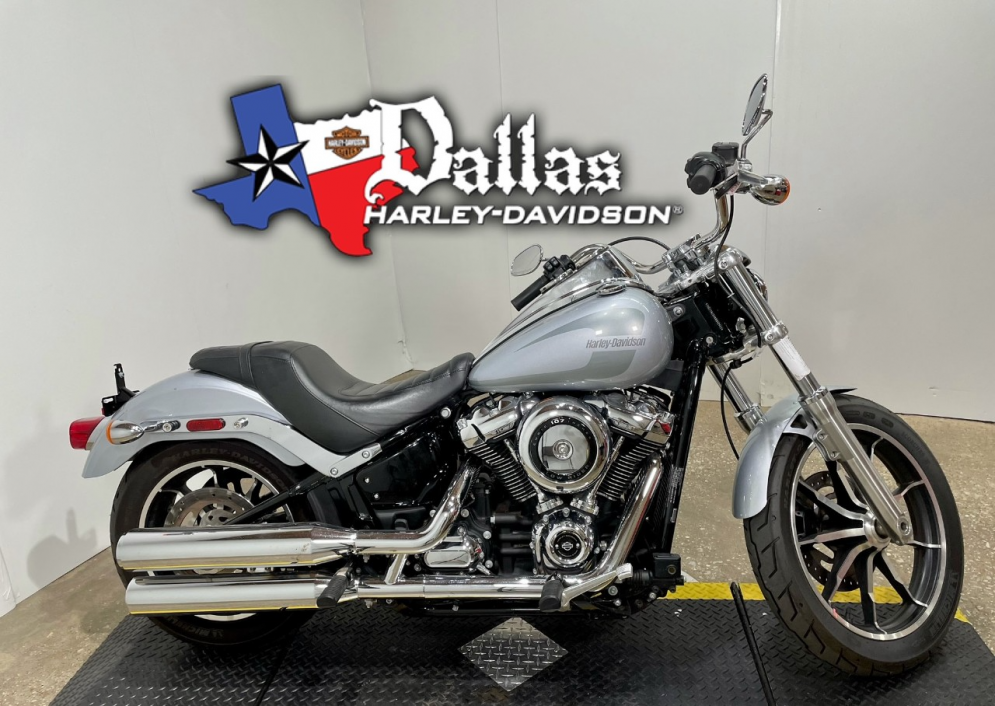 Santa lingered over this one because it screams "rugged individualism." He points out it's only one night of the year he needs to cover the globe, on other days he sometimes likes a lighter frame, responsive suspension, and the power of the Milwaukee-Eight® v-twin engine. This Low Rider comes its own attitude and style and it's built for rolling faster, harder and longer than any other Low Rider previously to emerge from the factory. 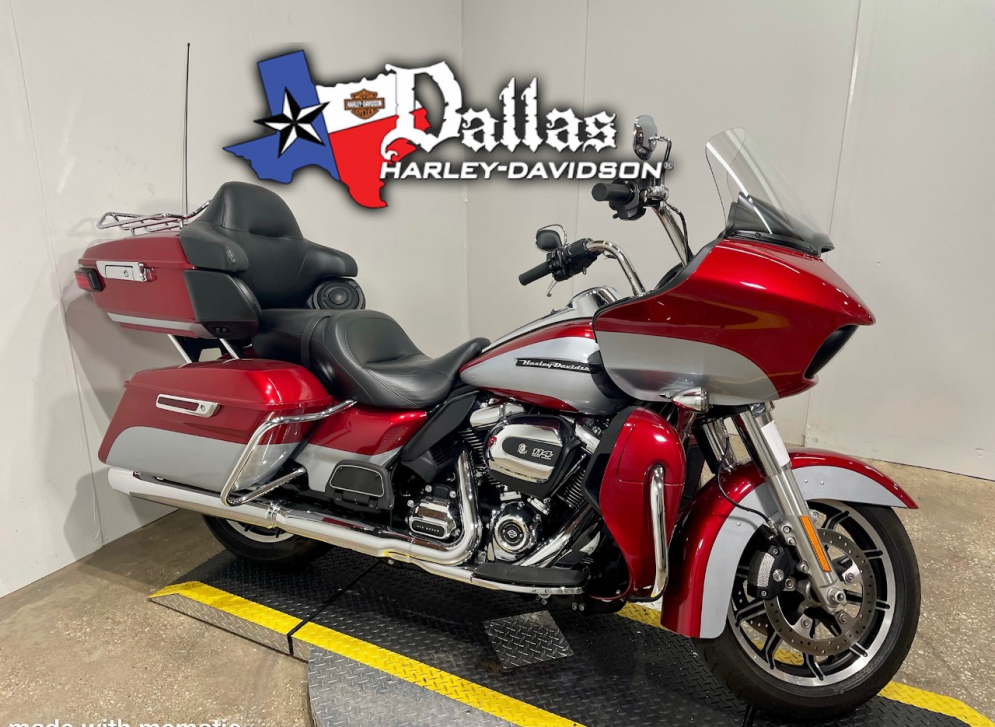 Santa fell in love with this Road Glide in Wicked Red and Barracuda Silver, but he thought the color choice might send the wrong message to children deliberating on whether to be naughty or nice. However, if you're not worrying about being the holiday moral police for the entire world, you can just enjoy the whopping 122 pound-feet of torque on tap that maxes out at three grand for low-stress cruising. Add the responsive frame and suspension, Reflex™linked Brembo® brakes, roomy Tour-Pak® carrier, all-new BOOM!™ Box GTS infotainment and all the rest, and you'll feel like it's Christmas every day.

Be the first to know if Santa finally decides to make his first all-Harley Christmas deliveries and receive other breaking news when you sign up for updates. We'll also send you events, promotions and everything else you need to stay in the loop.