Which is Best - Triumph Bonneville vs. Harley-Davidson®  Sportster

Superman vs. Lex Luthor. Hatfields and McCoys. Genie and Jafar. There's something riveting about a rivalry, which is probably why bikers have been holding the Triumph Bonneville vs. Harley Sportster debate for a very long time. Here's our view.

Both of these bikes have been around for more than a half century. Part of the reason for their popularity is the fact they've been present for so long they've seeped into the culture, into what our collective consciousness believes and perceives about motorcycles and the people who own them. Here's a quick history recap:

The Bonneville was named for a Bonneville Salt Flats speed record (193.3 mph) set in 1955 by Johnny Allen. The bike he was riding was a Triumph, but it wasn't a Bonnie. The first of those, the T120 Bonneville came out in 1959. Pretty much all it had in common with Allen's bike was a twin-cylinder layout and 650 cc capacity, but Triumph still got lots of mileage and fanfare over their claims to the "World's Fastest" title.

Over time, Triumph made modifications mainly to increase the T120's stiffness and overall performance, basically to help it compete with rival bikes. Then, in the 1970's, they replaced the T120 Bonnevile with the T140 of the same name. The biggest change was a 750 cc engine that saw several changes and upgrades from the time of its debut until 1983 when now defunct Meriden Works stopped making them. For a few years, a company called Racing Spares owned Triumph motorcycles and made the T140 as "Devon Bonnevilles." Eventually the same Triumph owner John Bloor launched the new Bonneville in late 2001, starting with the 800, followed by the 900 and 1200. Right now, Triump's "Modern Classics" are styled after the original "New Bonnevilles."

Try this. Go to any town, any country in the world and walk up to the first person you see on the street. Ask them what they think is probably the most recognizable motorcycle brand. We can almost guarantee they're going to say Harley-Davidson. And for many people, the Sportster is one of the most iconic Harley bikes. They're legendary.

A writer for Ultimate Motorcycling says, "A neighbor of mine teases me that the Sportster is the best dirt bike Harley ever made — and he’s right. The Sportster is also probably the best hill climber, drag racer, land speed racer, ice racer, road racer, flat track racer, all-around road bike, or you-name-it bike that Harley-Davidson ever made." We agree.

The first Sportsters were produced in 1957, and since then Harley has been refining and modifying to make it even more beloved. It's one of the longest continuously produced motorcycles on the planet. The first year Harley only made 1,983 Sportsters, but by 1970 it was the maker's top produced model. It has continued to evolve with upgrades to improve power, performance and sophistication.

Original Sportsters had Ironhead engines. Then in 1986 Harley replaced that with the Evolution engine. They've always been popular for racing, and also had the distinction of being Evil Knievel's jump bike from 1970 to 1977.

So how do they compare when you put them side by side? Here are the numbers for the 2021 Triumph Bonneville T120 and the 2021 Harley Sportster 1200.

Uh....Not sure if we even have to address this one. Everything about Sportster screams presence and power, with subtle undertones of menace (or not so subtle, depending on how you customize it and how you ride.) When you see a Sportster, it's literally impossible not to stop and stare for just a second. Don't believe us? We'll prove it. 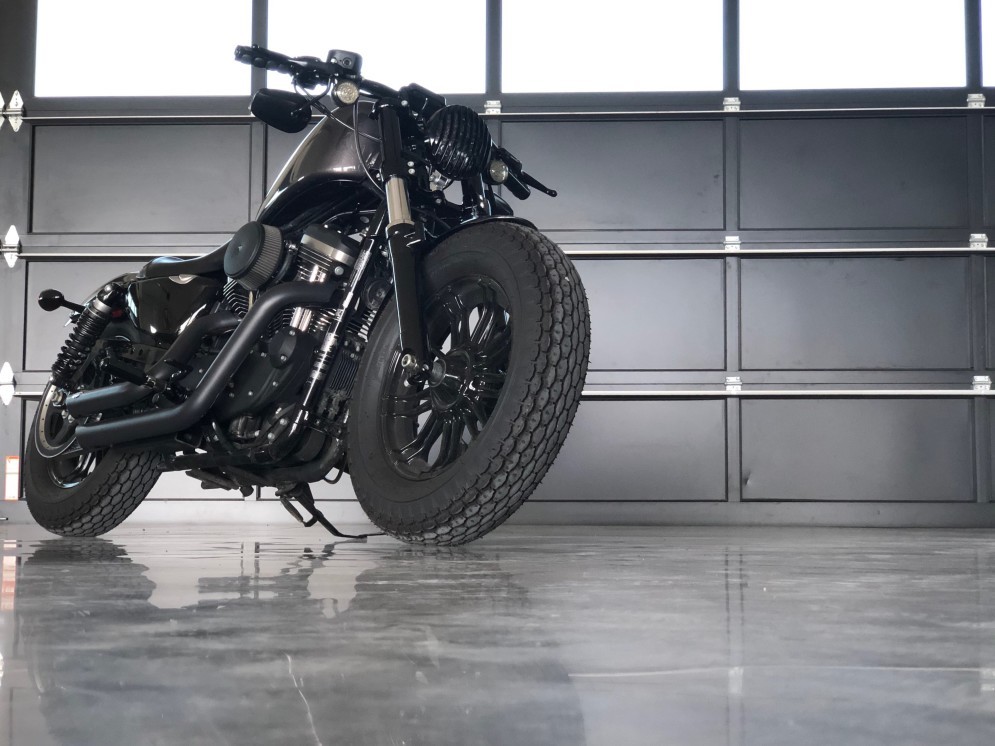 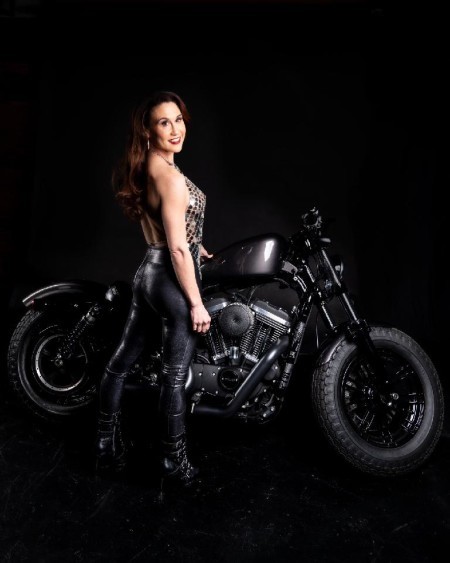 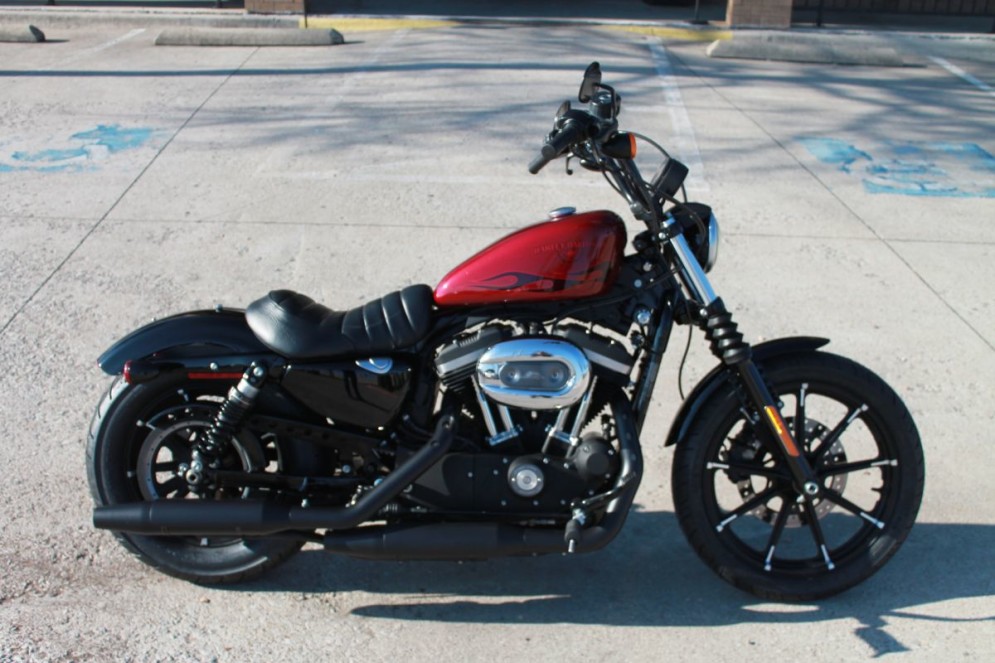 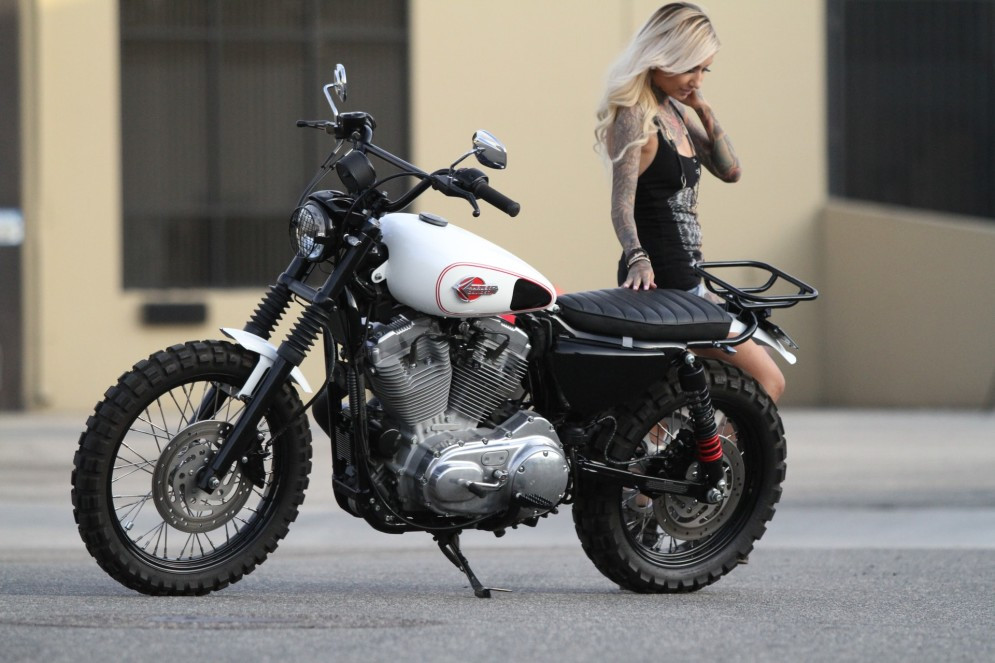 See? Not only did you stare, you feel a little better for having done so. The reason for that is the bike's iconic status, its beefy wheels, mean-looking dual exhausts, minimalistic LED lighting and generous blacked-out finishes. And all that's from a photo, you can't even hear the motor.

The Triumph counterpart retains the look of the 1959 model, only it also comes with blacked-out finishes. Recent years and has a slimmer front tire and a retro-styled battery box. Until recently Bonneville only came with a single seat setup, which eliminates the possibility of taking a passenger along.

Sportster is a cruiser at heart. It's fast and nimble, and built to eat up miles of open road while keeping your feet, wrists, back and neck from strain. The rider sits in an upright position and the handlebars curve back just the right amount. Front set footpegs and a wide, low seat add to rider comfort over the long haul. Plus, Sportster was built for American roads. It's better on Texas roads because it was made for them. Plus, the engine is rubber-mounted for reduced vibrations.

Bonneville is more of a street bike. It has a hard suspension and a slightly less comfortable riding position, so most people don't like it as well for long rides. People also criticize the windblast and the fact that Triumph's lighter weight leads to riders being tossed around more at high speeds and in bad weather. The Bonneville doesn't have a windshield option, while Sportster has 50 years worth of windshield designs to choose from.

Buy a Sportster Near Dallas

See what's actually available to you near Tyler, Bedford, Richardson, Waxachie, Royse City and beyond. Search pre-owned Sportsters here or learn more about new 2021 Sportsters at this link.