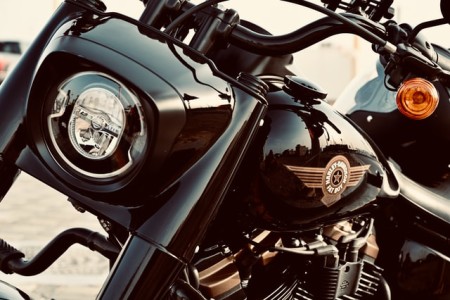 This year Harley-Davidson® announced the departure of long-term finance head John Olin and the temporary takeover of interim CFO Darrell Thomas. Thomas was never intended to be the long-term choice, and the motorcycle manufacturer just announced his new replacement. Gina Goetter, previously of Tyson Foods has big shoes to fill, but her extensive experience makes her more than qualified for the role she’ll step into at the end of September.

Who is Gina Goetter?

Jochen Zeitz, chairman, president and CEO of Harley-Davidson® describes Gina as “a CFO with the experience to drive a transformation of core processes and reporting for improved operational efficiency, build a global shared services model and modernize accounting and controls,”

He goes on to say “She will add to the fresh perspectives and new capabilities now represented at the leadership level that complement the experienced talent that has been promoted from within. We have a diverse management team structured in a new way that is designed to fuel Harley-Davidson’s brand desirability and lead Harley-Davidson as a high-performing organization.”

Gina received her Bachelor of Applied Science, Finance and Economics from the University of Wisconsin, then went on to complete her Master’s at Boston College. Her LinkedIn profile details how she climbed the ranks at General Mills, starting from their Leadership Development Program and working her way up to Vice President of Financial Operations. Every step of the way she demonstrated proficiency in planning and analysis, strategy and leadership.

What Data Shows About Women in Leadership Roles

S&P Global Market Intelligence compared companies with women CEOs or CFOs to those with males serving in those positions. Their study found firms with females in their top positions had superior performance and more profit. Simply put, gender diversity pays off.

Some evidence indicates women CEOs and CFOs are held to a higher standard or subjected to more scrutiny, which might cause them to achieve more than males in the same role. Since women are sometimes passed over in male-dominated industries when they are hired, they may tend to be more highly qualified.

The number of women in leadership roles is at an all-time high, but it's still only one in five. H-D® hired Goetter for her abilities and skills, and it doesn't hurt that her drive and past performance put her ahead of most people of either gender.

Even in 2020, people tend to picture motorcyclists as mostly masculine, with females participating as passengers, but Harley®  has a long history of portraying them in the driver's seat. In 1912 the manufacturer's publications began showing women participants, and 1921 catalogs featured them as solo riders.

Even before then, articles in The Harley-Davidson Dealer and The Enthusiast told how women like Della Crewe and Avis and Effie Hotchkiss took life by the handlebars and set out in search of adventure. Harley continues to promote equality when it comes to riding as a brand value, frequently highlighting female brand ambassadors, store managers and dealership owners who show courage, style and individuality.

As a brand, Harley is about defying stereotypes. The people who riders honor aren't of a certain ethnicity or gender or background. They're the ones who look at a challenge and say, "Yeah, I can do that." They believe in heritage, history and pushing the limits. They have a deep resilience, and a never-ending thirst for the next ride, next adventure, next level of achievement.