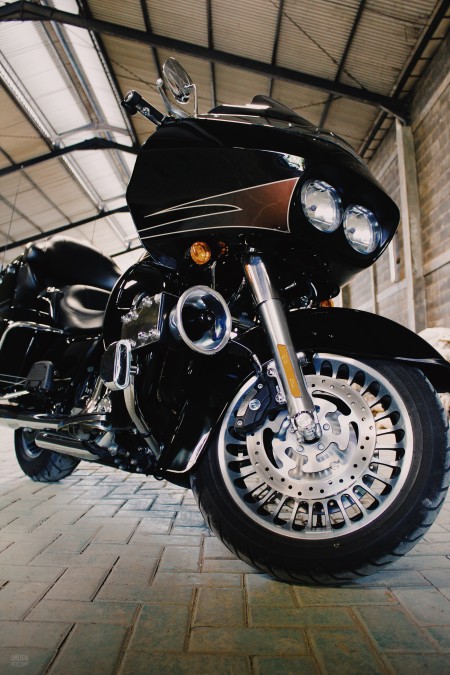 Are Harley-Davidson® Motorcycles Worth the Money?

If you already own a Harley, you’re probably not reading this because you’re on the fence. If someone asks you is buying a Harley® worth it, you have your own list of reasons to back up how you feel. This article is really for people trying to decide if the common objections to Harley® ownership hold any weight.

The world right now is more polarized than it’s ever been. The news, social media and every other outlet is full of people on opposite sides, and they’re all yelling. There’s so much information it’s hard to sort out what’s true and what’s false. What helps is when you can find facts and data to help you make a decision, not just emotional claims.

That’s what we’re hoping to offer here. Let’s look at some of the reasons people say you shouldn’t buy Harley-Davidson®, apply facts and common sense, then you can answer for yourself the question is buying a Harley® worth it.

Claim: Harleys Are Too Heavy

People have the idea that Harley® motorcycles are way heavier than other brands. It’s a valid concern. The heavier any object is, the more power it takes to move it, and the more distance it takes to stop it.

You can buy lighter bikes. Harley could make lighter bikes, but they choose to prioritize quality and durability. They’re not going to build bikes covered in plastic, that’s just not what they’re about.

But the thing is, the weight difference between Harley® motorcycles and other bikes isn’t what most people expect. Check out these comparisons.

People don’t talk about bike weight because they want something they can carry around on their shoulders. Sometimes the concern is being able to pick a heavy bike up if they drop it. If that’s your worry check out this video, where one woman picks up a heavy Harley without assistance. It will work even if you’re not very strong.

For most people though, they’re asking about bike weight because of how it impacts performance. If you stack Harley® up against what other brands claim are similar models, you see there’s not really a huge weight discrepancy.

Claim: All Harley® Riders are the Same

Some people still have an image in their heads from back when motorcycles were less mainstream. They picture bikers like the leather-clad, sweaty guys you see walking into a bar in the movies, ready to cause mayhem. They think bikers are generally violent barbarians with no manners or compassion.

Other people say Harley® riders are stuck up, that they look down their noses at everyone but other Harley riders. People wonder is buying a Harley® worth it because they might get painted with the same brush.

We try not to get political here at Dallas H-D®, but we will take a stand on this: it’s wrong to form an opinion about or act differently toward someone because of how they look or what they believe, as long as that belief isn’t causing harm to someone else. If you form opinions about a whole group based on a stereotype instead of getting to know one individual at a time, you’re in the wrong.

We can’t speak for all Harley riders, but here’s what we know about the ones we’ve met. They’re a diverse group. We have customers that are doctors, bankers, lawyers, teachers, franchise owners, truck drivers, fast food workers, plumbers, and everything else in between. At events, you see people with a huge range of ethnicities, religious beliefs, backgrounds, and other factors.

Most of them are great people. There are always a few who aren’t so great. But that’s more a characteristic of humanity than it is of Harley® riders.

You knew this one was coming, didn’t you? Almost every time the media talks about Harley-Davidson® motorcycles, someone points out the price tag. You can buy cheaper bikes. So is a Harley® worth the money?

Critics tend to imply competitors offer the same thing for drastically less. First of all, they don’t offer the same in terms of quality, durability, or resale value. Second, the actual price difference isn’t as drastic as most would like you to think. Let’s go back to the three comparisons we made earlier. We looked up MSRP pricing on the 2020 models of those bikes, and here’s what we found.

In each category, the price difference was only a few thousand dollars. Most people finance motorcycles, and the difference is small enough to have very little impact on a monthly payment. And that doesn’t even begin to address the affordability of pre-owned Harleys®.

But what do you get for that price difference, consumers also ask. Is buying a Harley® worth it because you get more value? Or are you basically paying more for a logo, a brand name?

Nice things cost more than mediocre things. Better brands charge higher prices because they supply better products and services. It might not be worth the markup to buy a designer T-shirt, but buying a Harley® gives you more than just bragging rights.

If you take care of your motorcycle, it could be the last bike you ever need to buy. Harleys® are known for their reliability. It’s not surprising to see bikes still at peak performance as they near 100,000 miles.

People buy motorcycles for the freedom, the experience, then sometimes they’re surprised to find themselves surrounded by a group that feels like family. When you wave to another biker on the road there’s a feeling he or she is your brother or sister. There’s an instant kinship.

It’s a bond forged on two wheels, a connection that lasts a lifetime.

At events, people from all walks of life share what they have in common instead of what divides. The Harley lifestyle is about community, tradition, American-made quality and so many other things of great value.

People who love to ride often venture far from home. Almost everywhere you go in the United States and around the world, you can find a Harley-Davidson® dealership when you need one. If you need service, you forgot your favorite riding gear or you want to purchase parts and accessories, you can find consistent quality and dependable customer service.

Is Buying a Harley® Worth It?

That’s something everyone has to answer for themselves. At Dallas Harley-Davidson®, we don’t just sell bikes, most of us ride our Harley® to work every day because we’ll never get over the thrill or feeling the pride, and we wouldn’t have it any other way. Check out new 2020 Harley-Davidson bikes or shop our pre-owned selection to get yours today.