WE ALL KNOW THESE MOVIES REALLY STARRED HARLEY-DAVIDSON®

Some of them might be the reason as a kid you thought Harley® was the coolest motorcycle ever. Some of them weren't even good movies, but you watched them because the bikes were awesome. Let's quit talking and get to the list*.

Okay, the movie was terrible, but the super hero played by Nicholas Cage rode a custom H-D® Panhead Chopper. It was great before Cage went to the dark side, then it morphed into a dark beast from the nether-world with forks made of heavy chains, serpents on the handlebars and wheels that were literally on fire. 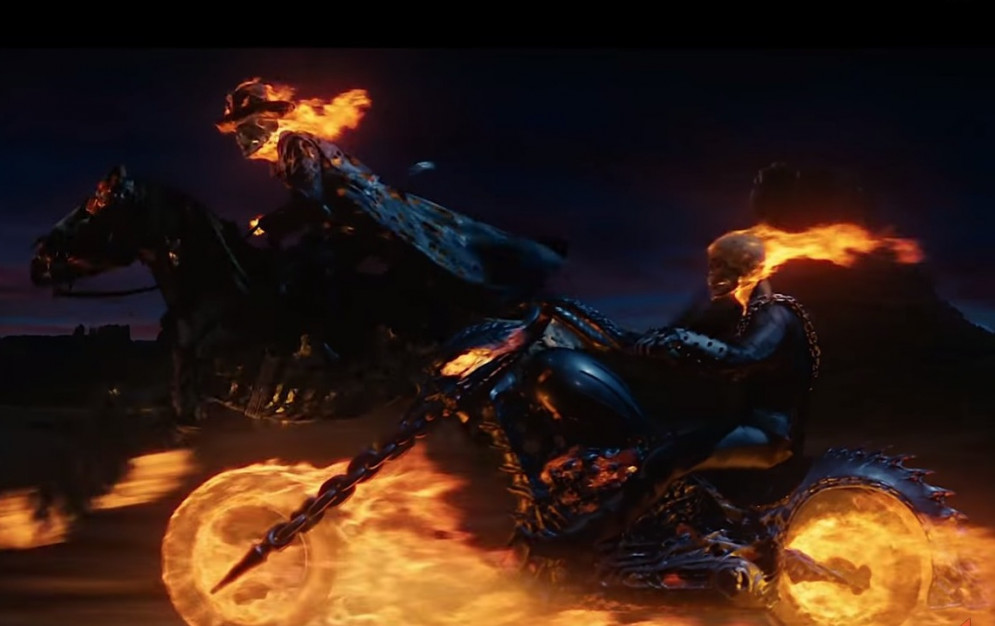 Sylvester Stallone rides a 1978 FLH Electra Glide. We probably had you at that, but the story is so great we have to make sure you remember every last bit. Rocky fights Mr. T in this one, and he rides his bike throughout. A trash talking Mr. T seemed younger and tougher than Rocky, and his coach Micky pushed him to be his best. Then Mickey died of a heart attack and overcome by grief, Rocky roared through the streets on his bike.

He stops on the steps of the Philadelphia Art Museum at the base of a statue of himself, a statue his home town put up in pride.  In grief and anger, he heaves his helmet at the statue. We would like to point out even Rocky wears a helmet when he rides. 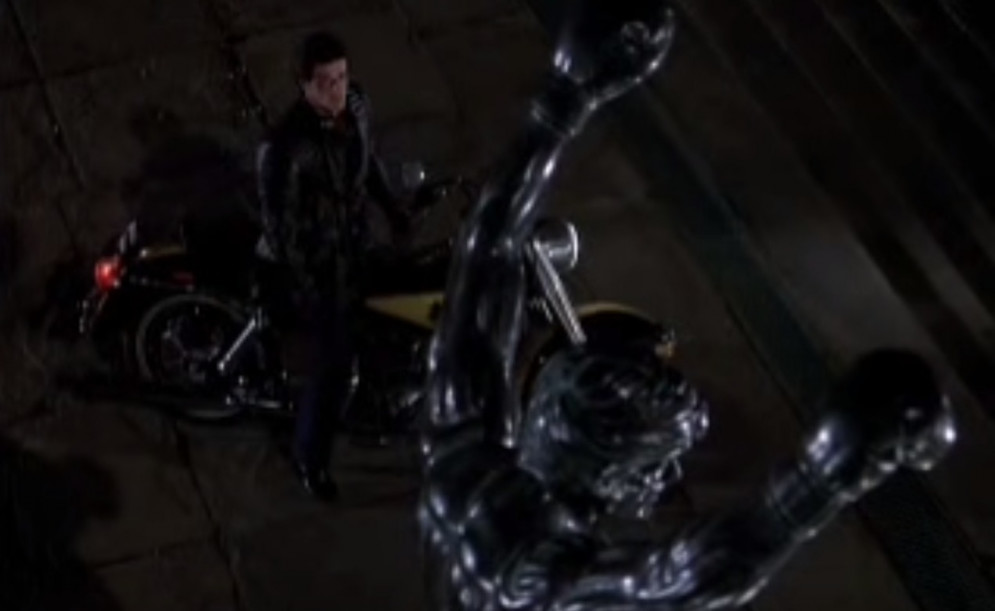 I didn't grow up riding Harleys®. I always thought they were incredible, but I'm a short woman and I just never really of myself as someone who could ride a motorcycle. I watched this 1969 film again some years ago, and the opening scene where Peter Fonda's Wyatt rides the "Captain America" bike through a desert landscape almost made my decision for me. I wanted that laid-back freedom. The Stars 'N Stripes chopper was a custom motorcycle made from a Harley-Davidson® Hydra Glide. I'm sure I'm not the only person it inspired to learn to ride. 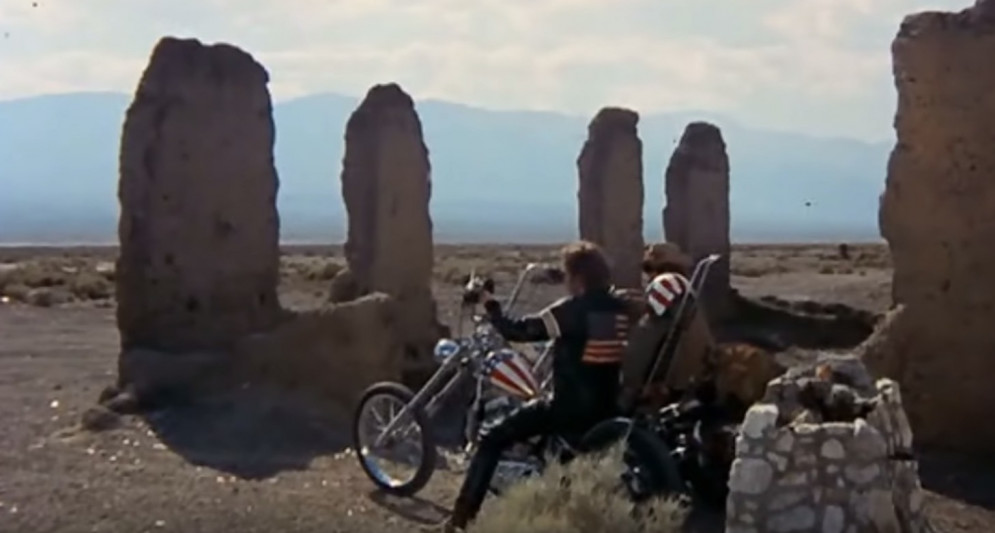 You don't have to be a mutant with super-powers to ride a legend, but Harley-Davidson's® VRSCA V-Rod was the star in this movie. Cyclops built his original custom Harley-Davidson® motorcycle in the X-mansion and afterward Logan and pretty much everyone else borrowed it. The V-Rod makes its debut in The Last Stand.

Note -- X-Men Origins: Wolverine doesn't make the list because the movie itself was just too over-the-top, and it could have been epic. However, when Wolverine took out a helicopter riding a Harley-Davidson® FLH, that almost made the whole thing worth watching. Also note that even with his super healing and adamantium skeleton, Wolverine always wears a helmet.

Scarlett Johanssen + Harley-Davidson® = Eye-popping adrenaline. Black Widow drops out of the bottom of a jet on a motorcycle, and while most of the scene is CGI, the bike is real. We talked more about the Harley-Davidson® LiveWire in our post We Don't Start Rumors, We Make Legends. In the not-so-far-off future, you'll be able to own one for yourself.

Behind the Scenes: Harley-Davidson Project LiveWire in Marevel's "Avengers: Age of Ultron" -- Harley Davidson on YouTube

Harley® has starred in so many movies we've only begun to scratch the surface. The only place to see a jaw-dropping piece of machinery isn't in the theater. Stop by our dealership in Garland and check out the custom motorcycles we have in stock. If you already love your bike but you'd like to make it even better, talk to our service department.

What about you? What are your favorite movie scenes that feature a Harley®? Let us know on Facebook.

* We don't own the rights to any of these movies. We have included links to view individual scenes on YouTube and credited the video posting source.