You only have to talk to Mike for a few minutes to realize he’s knowledgeable about a wide range of topics, and he’s willing to share that knowledge with the people who are looking for it. As a former school principal, he’s an educator through and through. Mike currently helps riders from Mesquite, Sunnyvale, Rowlett and other DFW areas improve their riding skills at weekly training sessions.

When Mike was a principal, students took delight in the fact that he rode his motorcycle to work. Once he put together a program to teach students about different careers and lifestyles. He brought in Audis and Porsches. He invited the current Dallas Harley-Davidson® owner to talk to students about H-D® engines. On the last day he invited fellow riders to demonstrate U-Turns and slow speed racing.

He said students were most inspired by female riders. “The girls were so excited to see a woman could ride a motorcycle,” he remembered. 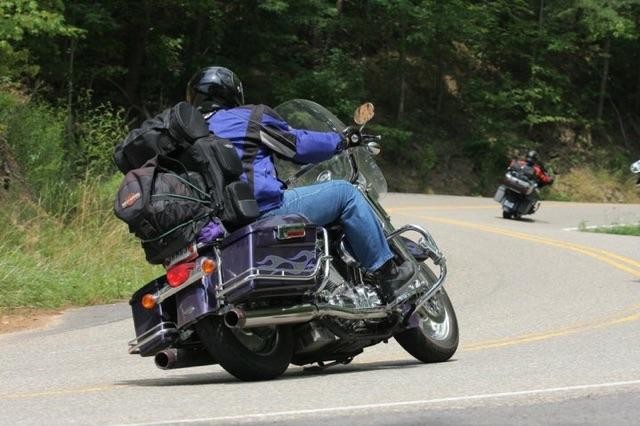 Mike started riding in his 20’s when he had a Suzuki, but he later discovered the bike wasn’t comfortable for the long trips he wanted to take. He eventually bought a used 2002 Road King CVO® and joined the Dallas H.O.G. chapter. On his first trip with the group, they shipped their bikes to Buffalo, New York and rode across New England, covering about 5,000 miles in two weeks.

“We stayed in hotels and bed and breakfasts,” he said. “We rode the Cabot Trail, Gettysburg, Vicksburg, Skyline Drive and the Tail of the Dragon.”

Mike revealed his interest in history when he mentioned his favorite part of the trip was touring Vicksburg and Gettysburg.

The Seige of Vicksburg took more than six weeks, and town residents lived in caves in the surrounding hills until forces gained control over the strategic Mississippi River location. The Battle of Gettysburg was a Union victory that stopped Robert E. Lee from invading the North. It was the bloodiest battle of the Civil War.

Mike just returned from an annual motorcycle camping trip. His group of between four and six riders takes two weeks every summer to ride across the United States. They just returned from a trip to Glacier National Park, completing their visit before wildfires swept through the area. 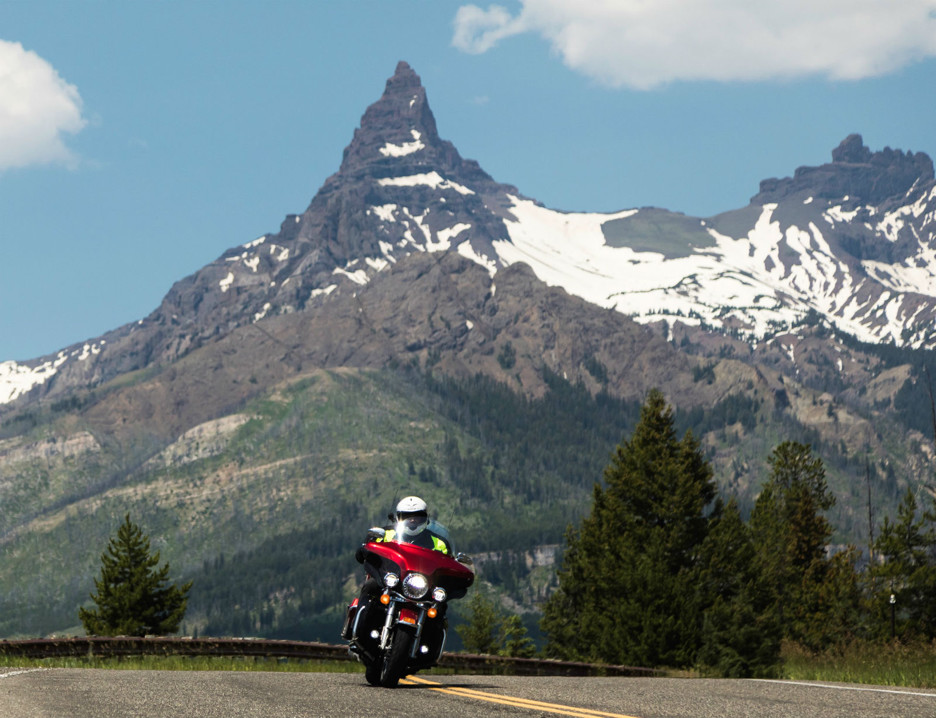 The group doesn't take food or cooking equipment, choosing to eat at restaurants instead. He says they like going to national parks because they always have great food at the lodges.

When bad weather hits, the group just puts on rain gear and keeps riding. "Sometimes we'll stop, but your bike can handle wet roads. Your tires are built for that,"he said.

"If you hit a haboob you ride faster, not slower," he added. "Otherwise the wind will push you down." 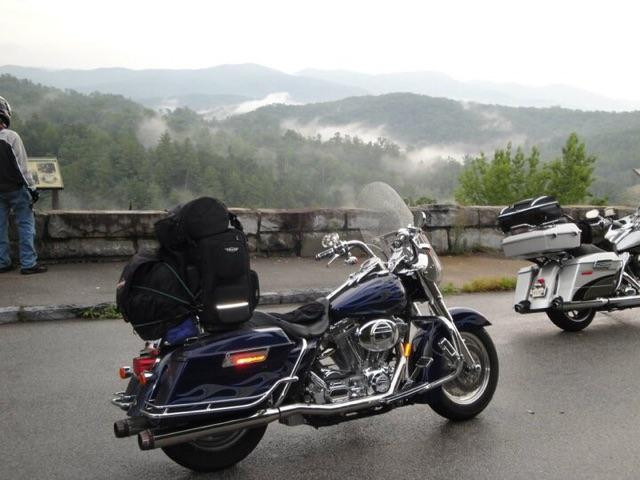 Mike says they ride a lot of twisty roads, and riders should be prepared for long days. He said it's a good idea to ride with people who have a similar traveling mindset and skill level.

"One time we had a guy who wasn't comfortable riding tandem, making U-turns or riding long distances," he said. It made things difficult for the whole group.

WHY YOU NEED A MOTORCYCLE EXTENDED WARRANTY

On the trip to Glacier National Park, Mike's bike broke down in Glenn's Ferry Idaho. One of his exhaust lifters malfunctioned and caused engine failure. Luckily he had an extended warranty from Dallas Harley-Davidson®. His extended warranty paid for the repairs and Roadside America provided a Road Glide Ultra so he could continue his trip.

He stayed in Boise while the group continued on their way, then caught up with them down the road. He says before they travel again, the group will have a detailed plan for what to do if they have a breakdown so they don't have to make decisions under stress.

Dallas Harley-Davidson® has a huge selection of new Harleys®, used bikes and custom motorcycles. Whether you're looking for a motorcycle that will keep you comfortable on long trips or a powerful ride to cruise Mesquite, Sunnyvale, Rowlett and other DFW areas, visit their Garland location or shop online inventory.